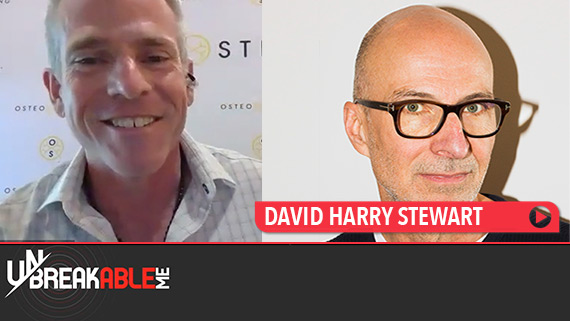 David Harry Stewart is the founder and face of the AGEIST. He is a passionate champion and leading authority on the modern 50+ lifestyle, and the mindset and aspirations that drive this influential demographic.

An influential thought leader and magnetic speaker, he is called upon frequently to share his expertise and insight at important venues and forums around the world, including The Times of London, CNN, NYTimes, Monocle, Esquire. He recently keynoted the Global Wellness Summit in Singapore.

Prior to launching AGEIST, Stewart enjoyed an award-winning career as a photographer specializing in people-oriented advertising that combined his engineer’s precision with a high level of design and visual aesthetic.

Joseph is one of the most sought-after Ultimate Performance Specialists in the world. His unique...
On this edition of OsteoStrong’s Unbreakable.Me Wellness Webcast, Kyle Zagrodzky will be joined...
Ireland based international breathing expert and author Patrick McKeown was educated at Trinity...
Back To Top
Receive Email Alerts From Unbreakable Me

Enter your email address to receive occasional episode updates, guest information and updates from the Unbreakable Me Podcast